Our trailer is finally completed. And we are very proud of the results. A year of hard work from Alex, myself and the other students is now up on show. We got it done just in time for our pitch in Portugal (apart from one shot of the crowd, which was finalized on our return. It turned out the people there liked seeing a work in progress shot, as it illustrated out process)

The pitching workshops were hard work. Great thanks go to Guillermo Garcia-Ramos who ran these sessions, which were fantastically useful and helped us really distill our film into a paragraph. (Not to mention that the sessions were very amusing, occasionally at our expense!) We ended up rewriting our pitch about 4 times. We also attended some very useful master classes and met a lot of fantastic people and were very inspired, if a little hung over by the end of the festival. 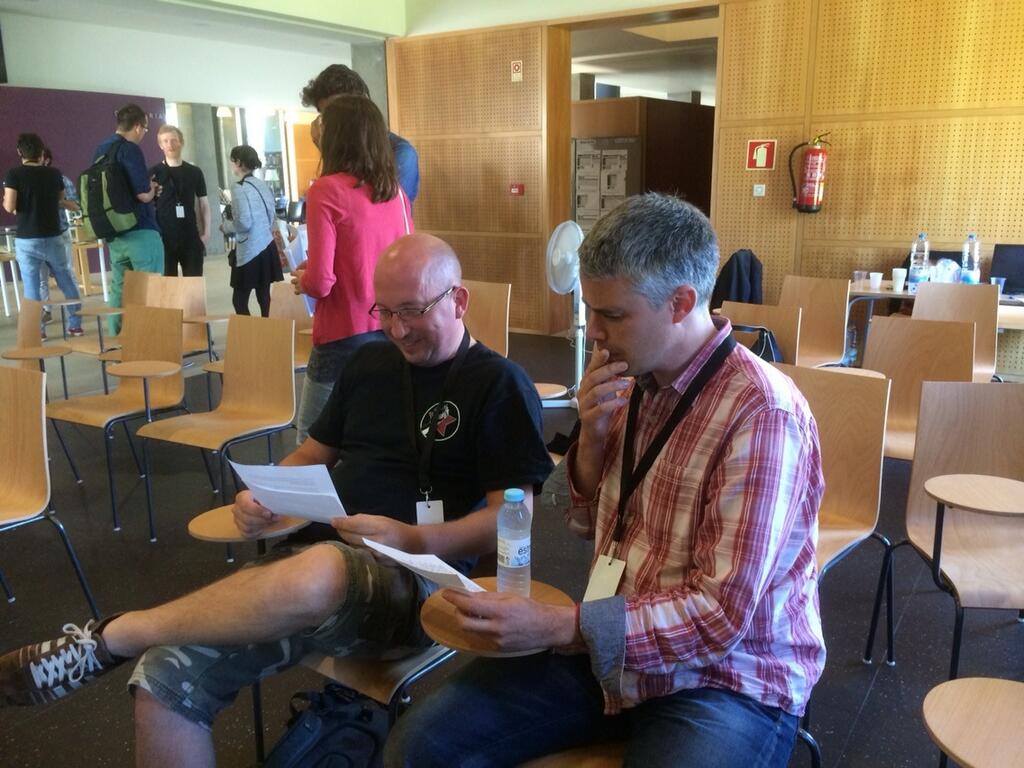 The actual pitch on the following day went far better than Alex and I were expecting. (Pays to be a pessimist: you’re never disappointed) I went first with the synopsis, then we showed the trailer, then Alex outlined the production side. Out of the 17 producers about 5 gave us feedback. They loved the trailer and said we had a saleable product. They were generally very complementary about the general look and feel of the film. There were some questions about why we had chosen animation over live-action, and a few quibbles about our two stage budget for previz to full production (they said quite rightly why would someone just want to pay for previz) Nobody seemed to bat an eyelid at the 12 million projected cost, which was a surprise.

A big coup for us was that Gareth Willey, Woody Allen’s producer liked our work and wanted to follow up back in the UK, to see how he could help us. He made it clear that his books are full for producing himself, but would see what he could do. The exciting thing here is that even if it comes to nothing, we have been validated by industry producers, that say what we’re doing is saleable. We are now on the radar, so it should just be a matter of time before we find a full time producer.
The one thing we were told though, is that it’s now all about the script. The door is open for us, mostly thanks to the trailer. But now we have to prove ourselves with the screenplay. Gareth emailed yesterday asking us to send it. We shall be sending it later today. I’ve given it a quick reformat in a proper screen writing application (as it was in word) and amended a few things from our shoot and subsequent story boarding. But it’s basically the same. I’m very happy with it, as it tells the story I want to tell in the way I want to tell it. But time will tell if it’s everybody’s cup of tea.

So, to summarise, we are about to send our script to a producer who’s used to reading scripts from Woody Allen. No pressure then. More on this next month.