Over the last few months we’ve been edging closer to our goal of a finished trailer. We are now well over half way to rendering and compositing all of the 52 shots and have finished the majority of the animation and cloth stages. It’s been slow going to keep our quality levels where we want them, but we are getting very excited about how it’s all finally turning out. We’re on target to get it finished by the summer, in time for our London show, a bit later than the February deadline we had originally planned for, but the loss of a few key staff to the bright lights of Soho (thanks to James Skilbeck for all his hard work on our cloth here) and the demands of our university day jobs (staff) and coursework (students) have slowed production a little. Just to make our life easier, we have also decided to run a separate project in parallel, featuring a key a scene from film that introduces one of the main characters, Griot. More details on this in later posts, but we hope to have this ready by the summer as well. It will form a key part of our “film pack” that will go out to potential investors, along with a book of storyboards and the 2k version of the trailer. We also hope to take this scene around the short film festival circuit, if all goes well.

We also have production designer and storyboard artist Chavadar Yordinov back on staff as of this week, and he is working hard to complete our storyboards. 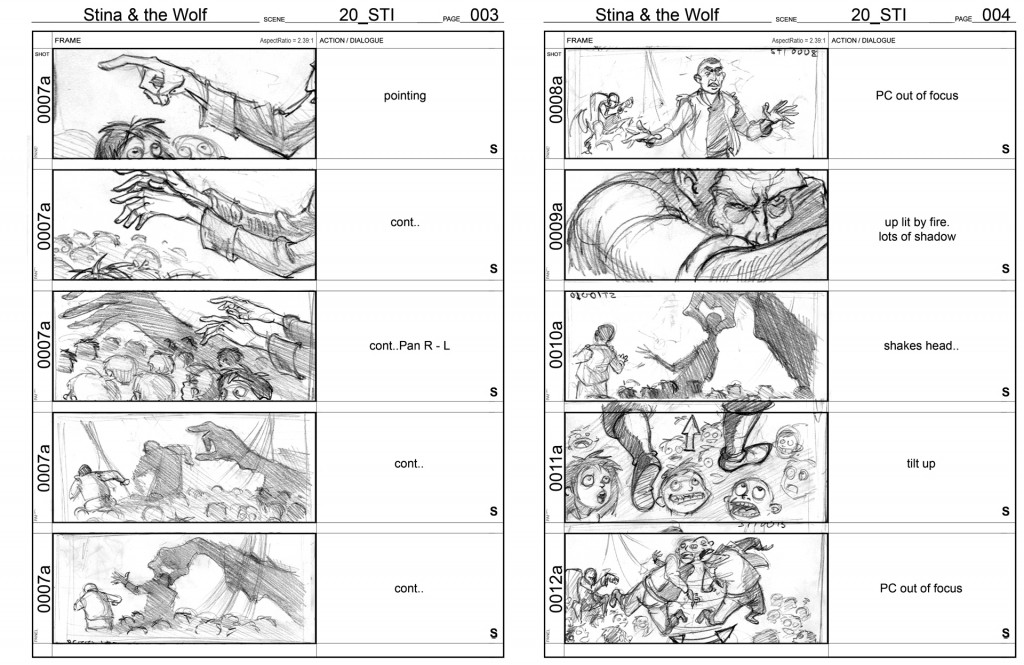 His skills will allow us to develop a full set of artwork that can be developed into a graphic novel, in addition to helping us with the previz layout and final editing (He is also redrawing some of my earlier, and some what sketchier story boards!)

In other news, we were delighted to be awarded the Prize for Innovation in the 6th “Snow Wolf” Cup animation competition at the 4th Northeast Asian Culture and Art Week held in China for the test shot we did last year. We competed against over a thousand entrants from around the world and were very surprised to find out that we’d won! Next stop the Palme d’Or 😉