Today I thought I’d talk a bit about our Comic Con visit, the Comic we made for the show and the extended Stina universe this comes from.

The show ran for 3 days and myself and a Stina team member: Fiona Ware-Heine were representing Stina on the Friday, along with our trusty mannequin “Claus”, resplendent in his Militia uniform (as worn by “Gunter” in the trailer) 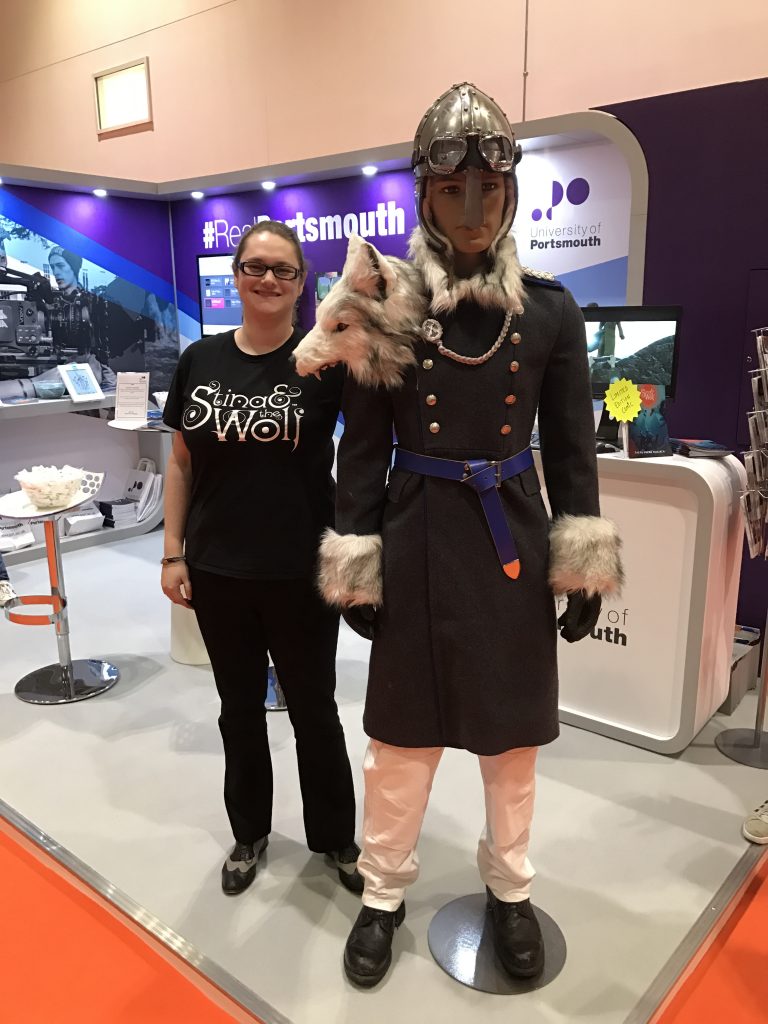 We also had 500 freshly printed Stina comics with us. They were produced in just 4 weeks by our super talented story board artist Chavdar Yordanov, who worked all hours to get the drawing finished on time (by all accounts not actually going to bed at all on the deadline day!) 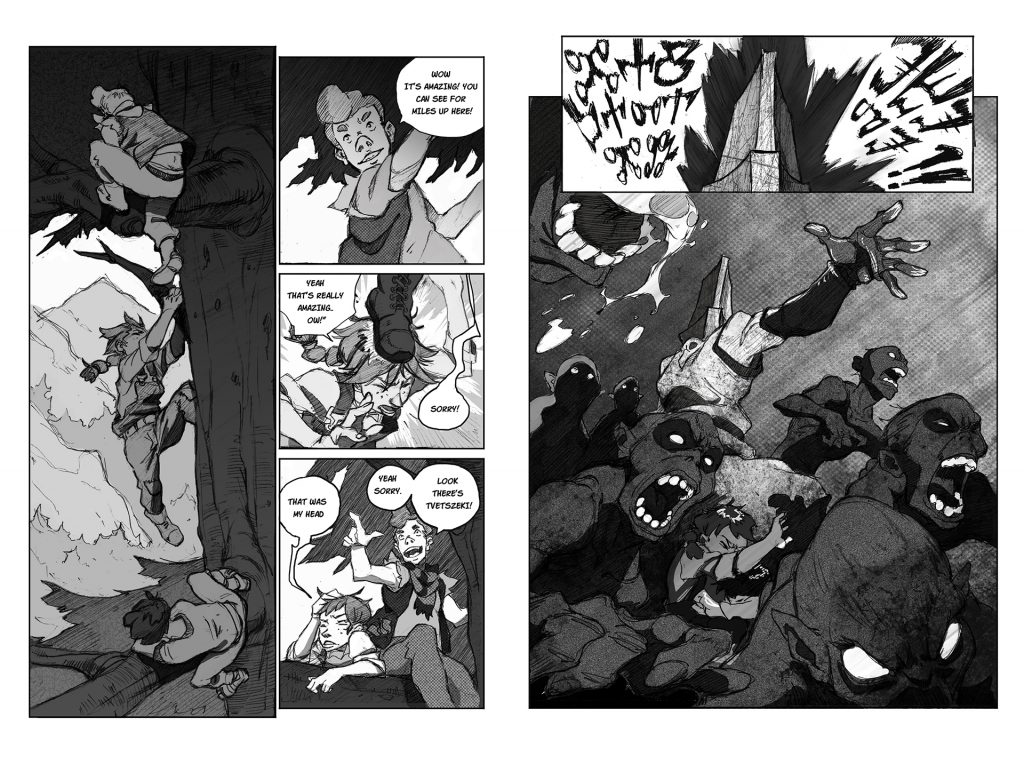 On finishing the last drawings at about 4 o’clock in the morning on the last possible day to allow us print time, he sent them over (he lives and works in Bulgaria) and I added the remaining graphics, colour work and inlay art then sent them off for printing.

The evolution of the front cover colour treatments:

The final front and back covers ready for print:

The final printing was all very last minute and went right down to the wire, but we got it all out, just!

Some comics stacked and ready to go to the Comic Con punters (with a free sweet – that clinched it): 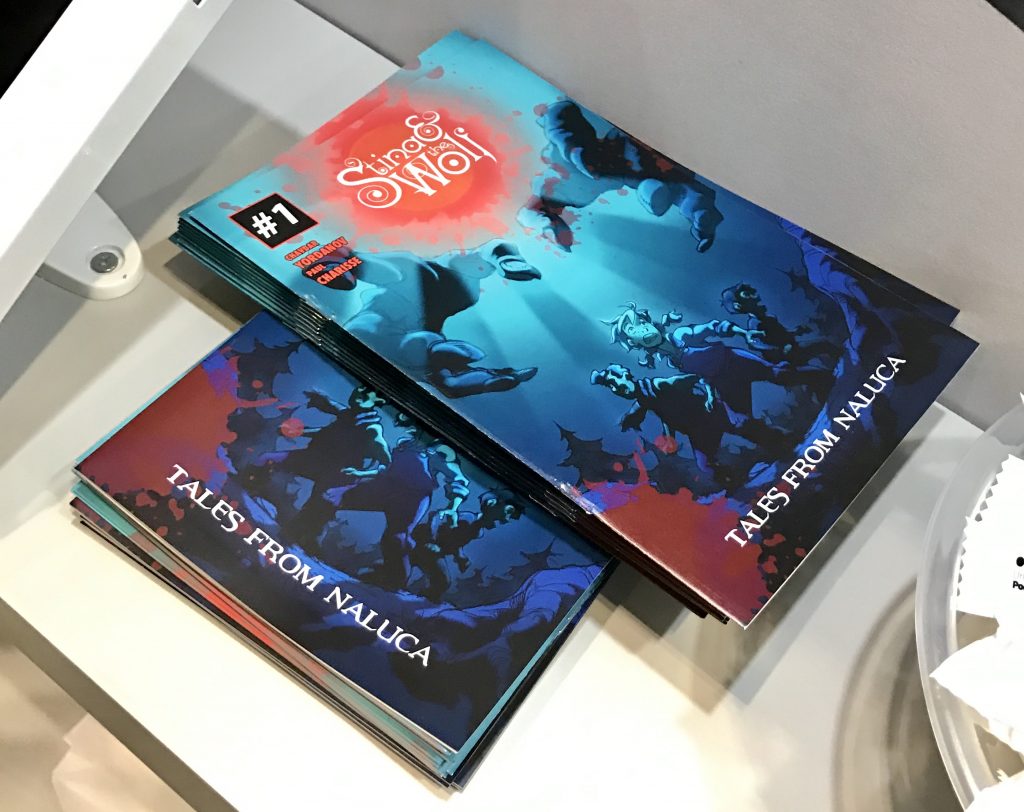 Although the comic carries the “Stina & the Wolf” logo it doesn’t actually tell Stina’s story, we are leaving that for the film. It tells another story from what we are calling our “extended Stina universe”. As well as the screenplay for the Stina film, we have created a richly detailed and expansive universe of cultures, characters and histories; this has already spawned a number of short stories (one of which: “the Stover” was the one transformed into the comic) as well as a role-playing environment that has allowed some of the Stina team to explore the world of the film for themselves:

It’s been a great chance to explore the Stina universe as actual characters who have to live in it, and it’s added real depth to the world of the film and created brand new stories that go beyond Stina’s experiences (not to mention beyond her continent!) The players have been able to shape events and ideas that are only hinted at in the screenplay, and this has been feeding back into and shaping the world lore. 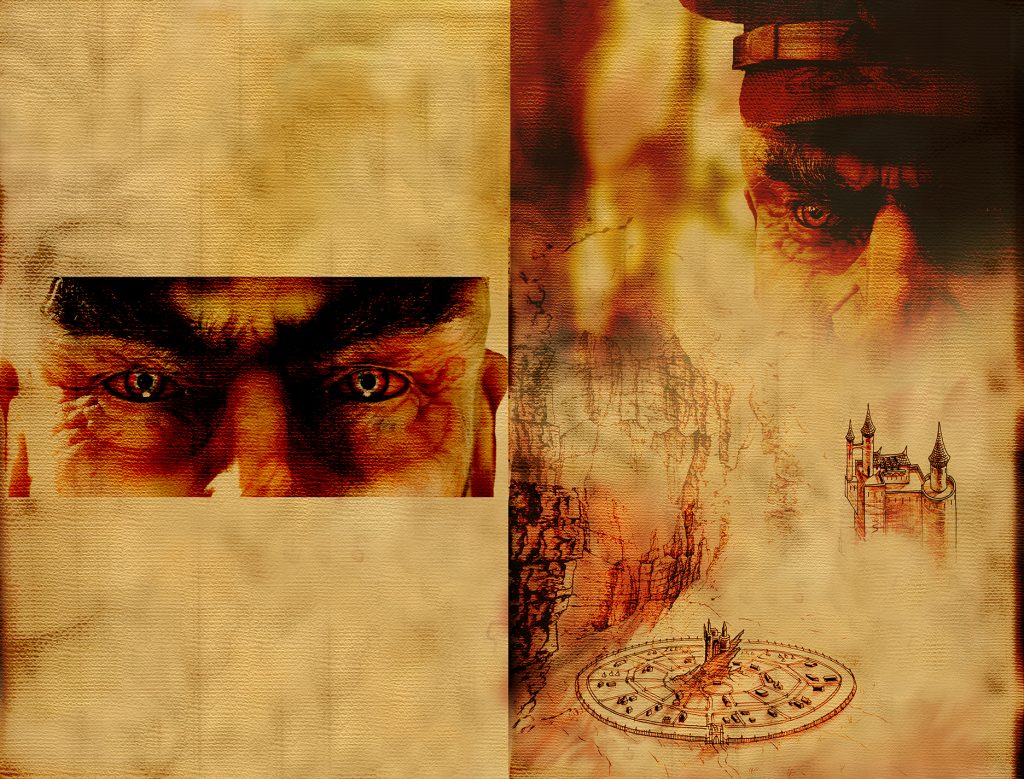 I shall be publishing the short stories in a collection when we have enough to fill a decent sized volume. (We have 3 at the moment) And I’ll also be publishing the “Stover” comic online sometime soon. We are thinking of adding an extra tab to this web page for the comics and short stories, so keep your eyes peeled! 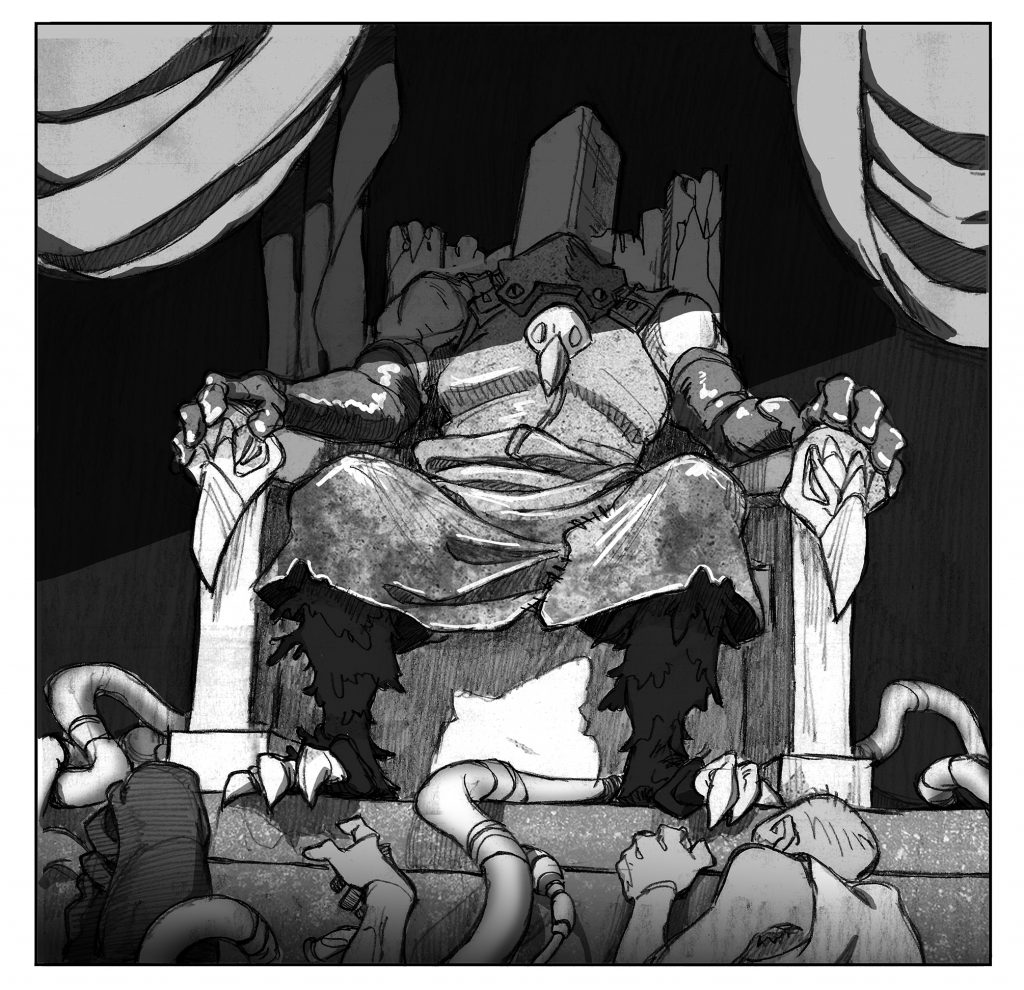 Our thanks go to the Peta, Naomi and the University for allowing us the opportunity to make the Comic, as they paid for its production. Hopefully the “#1” on the front of the comic will soon be joined by a “#2” and there is already talk of a University presence at the next (and apparently bigger) Comic Con in May 2017.

Until then, as always, we are getting closer and closer to finishing our 5 minute short film and have now finished calculating all of the dynamic animation passes (hair, grass, trees, plants, cloth, rope) and are about to start preparing all the shots for final render.

Much more on this soon..