So I’ve started doing some matte painting tests to develop a look and feel for the film. At the moment I’m focusing on The Red String section , trying to create a distinct atmosphere for Stina’s trip down into to the underworld. I want it to evoke the old 50s Technicolor film look, particularly with Jules Verne  “journey to the centre of the earth” in mind: massive in scale but with a painterly and surreal quality to it.

I’ve been testing out projecting matte paintings onto 3d geometry in 3dsMax, then moving the camera around to see how much movement and parallax i can get away with before the illusion is broken. The idea is to keep control of the backgrounds by painting them and only having to use 3d CG to light the characters and specific elements like water. I’ve posted a vid on the main page if you want to see the results. It seems to be working pretty well i think, the main problem seems to be that the images need to be massively detailed to stand up to zooming in. I’m planning to do the film at 1080p HD resolution so my paintings will need to be a least twice that detail i think.

I should also mention the paintings are heavily influenced by (and maybe a little borrowed in places from a painting I saw as a child by John Martin (19 July 1789 – 17 February, 1854) who was an important and influential English Romantic painter of the nineteenth century. 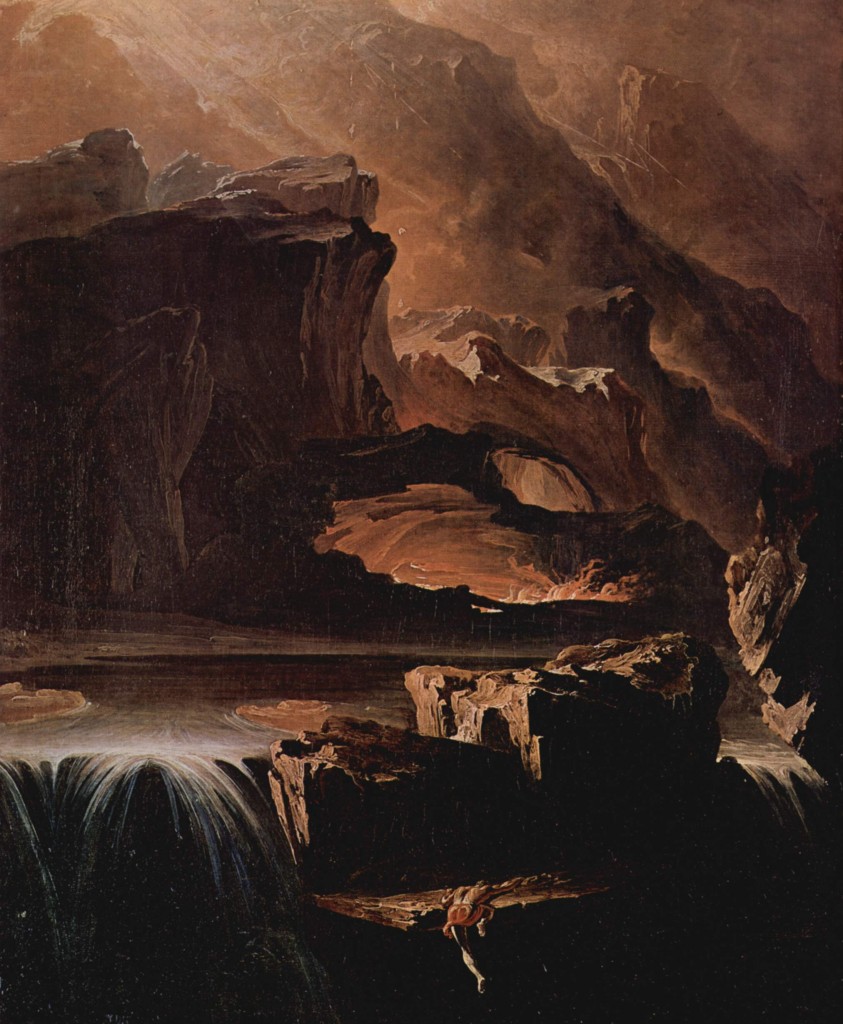 Sadak in Search of the Waters of Oblivion by John Martin

Posted in Animation.
Tweets by @Stinathemovie